In case of an infection with the Borrelia bacteria (Lyme disease), flulike symptoms might occur.

With flulike symptoms, the following symptoms are meant:

When you recognize these complaints within a few day or weeks after a tick bite, we strongly advise you to go to a general practitioner.

How do you know that you don’t have the flu?

In the period that the tick is most active (June until August), the flu is not common. Therefore, be attentive for these symptoms after a tick bite, and take action on time. Timely treatment namely prevents a lot of misery in the long run. When a general practitioner advises a Lyme test, the approach of taking multiple Lyme tests at once might be recommended. 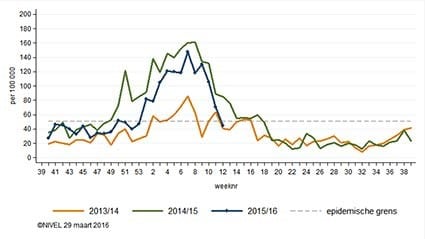